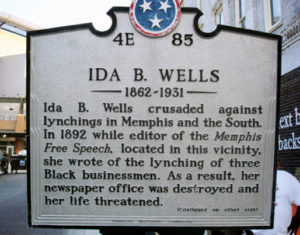 In the 2016 presidential election, 94 percent of African-American women voted for Hillary Clinton to become the first woman President of the United States. In 2008, 68.8 percent of black women went to the polls to elect Barack Obama as the first black President. According to the Pew Research Center, black women had the highest voter turnout rate for the first time among all racial, ethnic and gender groups.

Yet, our voter loyalty and prowess are not translating into advancements for black women. We still make 64 cents to every dollar a white man earns. Twice as many black women have no health insurance compared to white women. Black women live five years less than their white counterparts. We also make up 53 percent of the black workforce, but are more likely to work in low wage jobs with no benefits and little possibility for advancement. According to a recent study by the Insight Center for Community Economic Development, single white women in their prime working years—ages 36 to 49—have a median wealth of $42,600 while for black women it is only $5.28. Low earnings also affect Social Security benefits, which is the only source of retirement income for more than 25 percent of black women.

Nothing is going to change for black people until black women demand their worth and elect into office people who share our values. Ida B. Wells-Barnett, a former slave, knew her value and didn’t hesitate speaking truth to power. In 2019, we must know and exert our value.

Fill out my online form.